Measurements of -particle sources require corrections to the counting rate due to scattering and self–absorption in the source and the backing material. In this study, we describe a simple procedure to estimate these corrections using the new Monte Carlo code AlfaMC to consider the effects of scattering and self-absorption conjointly, and so to determine the activity of  emitters. The procedure proposed was applied to 235UO2 sources deposited on highly polished platinum backings. In general, the dependence of the effi ciency with source thick-ness was in good agreement with a simple model considering a linear and a hyperbolic behavior for thin and thick sources, respectively, although signifi cant deviations from this model were found for very thin sources. For these very thin sources, the Monte Carlo simulation revealed to be as a required method in the primary calibration of -particle sources. The effi ciency results obtained by simulation with AlfaMC were in agreement with available effi ciency data. 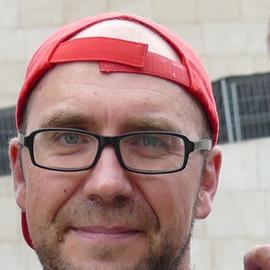