In this paper, we analyze the population diversity of grammatical evolution (GE) on multiple levels of genetic information: chromosome diversity, expression diversity, and output diversity. Thereby, we use a tree-similarity metric from tree-based GP literature to determine similarity of expression trees generated in GE. The similarity of outputs is determined via their correlation. We track the pairwise similarities for all individuals within a generation on all three levels and track the distribution of similarity values over generations. We demonstrate the analysis method using four symbolic regression problem instances and find that the visualization highlights some issues that can occur when using GE such as: large groups of individuals with highly similar outputs, a high fraction of trees with constant outputs, or short and highly similar trees in the early stages of the GE run. Especially in the early phases of GE, we see that a large subset of the population represents equivalent expressions. In early stages, rather short expressions are produced leaving large parts of the chromosome unexpressed. More complex expressions can be derived only after GE has successfully evolved well-working beginnings of chromosomes. 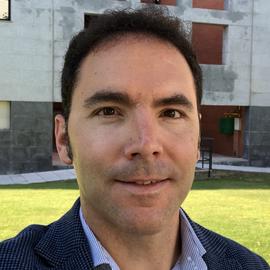