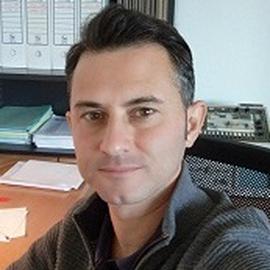 Alberto Herrán González is an Associate Professor (Profesor Contratado Doctor) in the Computer Science Department at Universidad Rey Juan Carlos (URJC), being one of the senior researchers of the Group for Research on Algorithms For Optimization GRAFO. He has previously worked at the Computer Architecture and Automatic Control Department in the Faculty of Physics Sciences at Universidad Complutense de Madrid (UCM), first with a collaboration grant (2001), and later with a FPI grant (2003). He has been teaching at UCM since 2004, first as Teaching Assistant, and later as Assistant Profesor at CES Felipe II from 2006 to 2014. He has also been a Visiting Professor of the MEng. in Systems Engineering and Automation at Universidad Nacional de Educación a Distancia (UNED) from 2010 to 2016. His research interest are focused on the field of Optimization, specifically, on the development of heuristic and metaheuristic algorithms to solve hard combinatorial optimization problems. Previously, he has also worked in other related areas, such as the Modeling and Simulation of Dynamic Systems or Model Predictive Control. On these areas, he has published sereval JCR journal papers and and presented his works at international conferences.